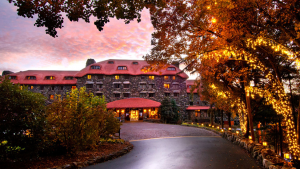 If you are planning on traveling to Asheville, you’re probably looking for a place to stay. The good news is there are plenty of hotels to stay at. But would you want to stay in a place where it’s known to be haunted? If you answered “yes” to that question, then you might want to check out the Grove Park Inn. Many locals have often told stories about the hotel and how it’s haunted by a ghost that is affectionately known as the “Pink Lady.” Now is your chance to learn the story of the Grove Park Inn, the Pink Lady, and the kind of mischief that her spirit might be up to (even while you’re reading this right now. 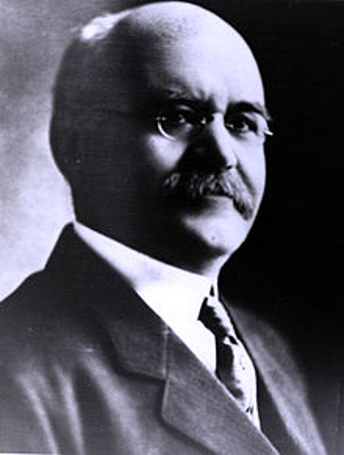 The Grove Park Inn sits on the western slope of Sunset Mountain. The hotel was an idea created by businessman Edwin Wiley Grove and his son-in-law Fred Loring Seely. Grove was known as the “Father of Modern Asheville,” although he had spent considerable time developing real estate in most southern United States. Asheville seemed like the ideal place for Grove as he was dealing with health issues. His doctor advised going to a place where the climate was neither too extreme in terms of temperature.

Grove acquired the land where he would build the hotel in 1910. He had also acquired buildings in the surrounding area, including a sanitarium for tuberculosis patients. These buildings would soon be torn down as part of the construction project. Construction started in 1912 and was completed in almost a year. On July 12, 1913, the hotel was open for business. Just a few years after construction, Fred Loring Seely struck a deal with George Washington Vanderbilt to acquire the latter’s Biltmore Estate Industries. After Grove’s passing in 1927, the hotel was bequeathed to his family, much to Seely’s disappointment. Grove believed that his family would have more liberal management. Before the change, Seely had managed the hotel himself. He would lose the legal battle for the right to own the hotel.

As World War II was raging on, the Grove Park Inn became an internment site where diplomats of the Axis powers (Germany, Japan, and Italy) would be held. While they were considered “prisoners,” they received superior treatment from the Americans. They could go into Asheville to purchase supplies and food from local merchants, but doing so under supervision. After the war was over, it became an Army and Navy Redistribution center where they could rest and relax before moving onto new assignments.

The Grove Park Inn was also a place where it hosted ten United States Presidents. William Howard Taft was the first president to visit, and Barack Obama was the last to visit the hotel in 2010. Between them, all but Harry Truman, John F. Kennedy, Lyndon Johnson, Gerald Ford, Jimmy Carter, Ronald Reagan, and George W. Bush have stayed at the hotel. Other notable guests included Thomas Edison, Henry Ford, and F. Scott Fitzgerald. It was said that Fitzgerald stayed at the hotel while writing his famous novel, “The Great Gatsby.” His wife, Zelda, was institutionalized at a hospital that later burned to the ground, killing her and eight other women.

During the Cold War, the United States Supreme Court declared the Grove Park Inn as their meeting place in the event of a nuclear attack by the Soviet Union. Though the threat of nuclear war has not been discussed for many years, it’s anyone’s guess that the Supreme Court may still plan to visit here if such an attack were to occur. But hopefully, none of that will ever happen.

The Story Of The “Pink Lady” 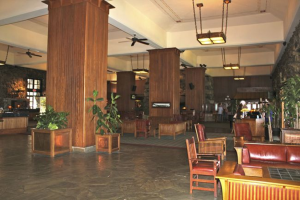 Although there have been several celebrity guests and US presidents staying here, there is one guest, particularly famous to many of Asheville’s residents. And to this day, she is still staying here. While her name remains unknown to this day, she has long been known as the “Pink Lady.” Legend had it that the woman was wearing a pink gown at the time of her death. She apparently died from injuries that she sustained from falling from the balcony. It was unclear whether it was an accident, suicide, or murder. For the next 75 years, many hotel guests and staff members have told plenty of stories about the Pink Lady and her hauntings.

There have been various stories that may be connected to the Pink Lady’s death, but none of them have been confirmed at this point. One such story was of a woman who was visiting a man she carried an affair with. Word had it that after the man ended the affair, the woman committed suicide by jumping from the balcony. Another story concluded that a young woman accidentally slipped and fell to her death. However, she died, it may have been only known by the Pink Lady herself.

Since the Pink Lady’s death in the early 1920s, there has been a long string of hauntings and paranormal activities that had occurred (and still do today). It was said that that the Pink Lady is more of a good-natured ghost compared to some spirits that typically haunt hotels and abandoned buildings. Various guests and staff members had been subject to many of the Pink Lady’s practical jokes and pranks. These pranks include lights being turned on or off without anyone touching the light switch, air conditioners switching on and off, and doors opening and closing. She may also have a strange habit of tickling the feet of sleeping guests. Some guests with children recalled saying that a woman in a pink dress was seen playing with them and having fun. When it came time to check out, one guest told a staff member to pass along a message to the “lady in the pink.”

It is said that the Pink Lady may have stayed in Room 545 at the time of her death. The room had a balcony where she apparently fell. Legend has it that her spirit lives when she is not wandering the halls and the hotel grounds. If you are planning on staying at this place, you might not be able to snag 545 specifically. But if you are closer to it, you may get a chance to see her (or anywhere else in the hotel itself).

People who have stayed in Room 545 in the past had reported feeling cold spots in the room. However, others who have stayed on the same floor have reported feeling the same thing. Others have seen a woman shrouded in pink mist in the hallways on some days. When the hotel was closed for repairs and renovations in the 1950s, one of the workers started feeling quite uncomfortable when he was getting close to room 545. He started to get cold chills to the point where he decided to leave the floor quickly and never returned. Instead, he sent some other crew members up there to finish the job and get out.

It wasn’t until the early 1990s when paranormal investigators were finally able to check out what the hubbub was all about. They had interviewed over 50 people and were able to get enough evidence to prove that the Pink Lady herself was the real deal and still remains a fixture at the hotel, even to this day.

While the Grove Park Inn has a history of hosting several important people, it might be a place to crash if you’ve got the cash to shell out for a hotel room. Even if you’re not a guest, you still want to check out this place when you are able to travel to Asheville. You might see the Pink Lady herself. But watch out, you might be the next target in her endless bag of practical jokes and pranks.